According to Philippine folklore, there once was a Negrenese princess named Anina. One day, she overheard her father talking to the kingdom’s chief priestess. It was clear that both were extremely troubled over something. When Princess Anina asked her father about it, the king broke down and said that a mighty seven-headed dragon is coming […] 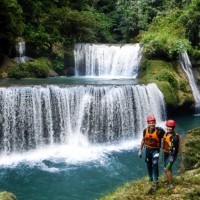