Asis Food Garden: A Homey Restaurant and An Art Gallery in Roxas City 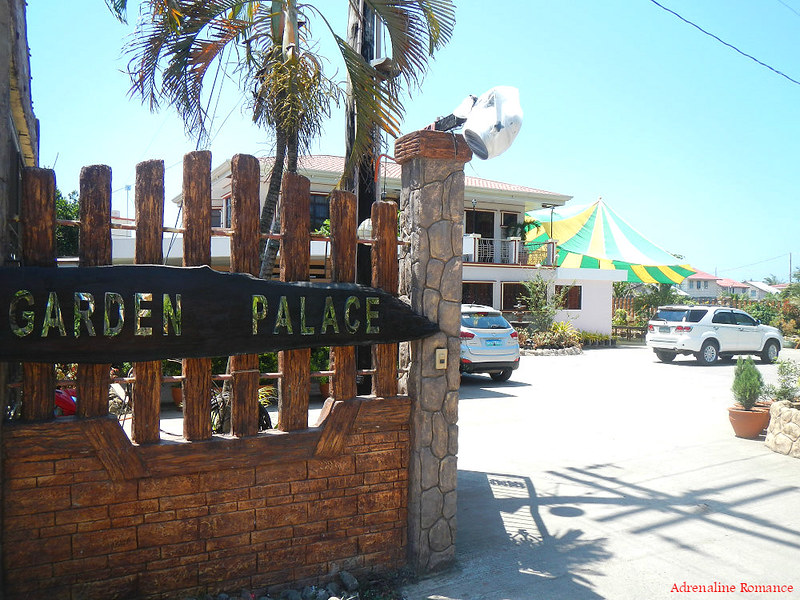 Culinary delights and visual masterpieces. Mouthwatering food and beautiful paintings. Great treats for the palate and the eyes. Is there a place where you can find all of these? Fortunately, there is one in Roxas City, Capiz! Enjoy the visual and culinary feasts in Asis Food Garden, a special restaurant for food connoisseurs and creative artists alike. It is one of the most unique food destinations that we have ever visited.

Asis Garden Palace is established in a house that was built in 2009. Being artists at heart, the Asis family incorporated a 1950, post-war design to the property. However, because all siblings have their own homes, this particular property was barely used.

Ruel Asis, a culinary and visual artist in the family, then decided to convert the house into a restaurant rather than letting it rot. The rest is history. 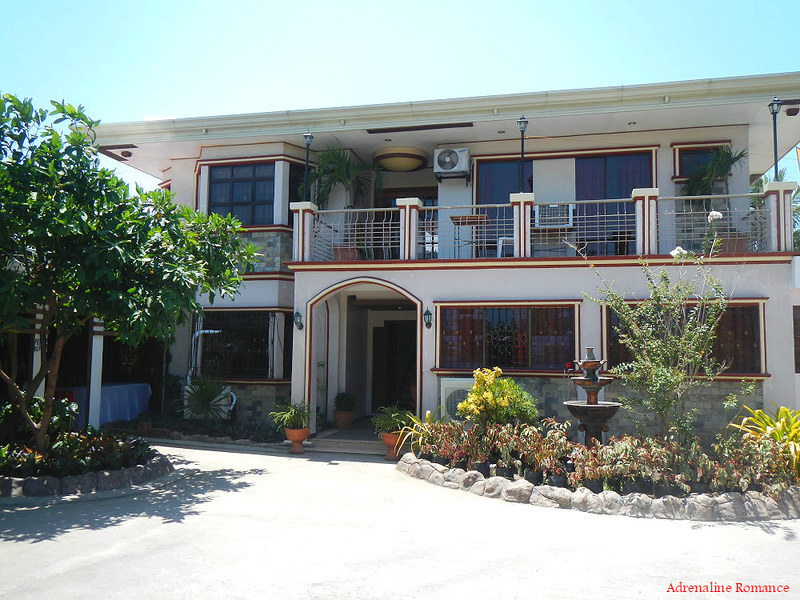 Carefully manicured landscapes and lush plants adorn the exterior of the restaurants. Patrons feel welcomed and refreshed upon seeing these gardens. 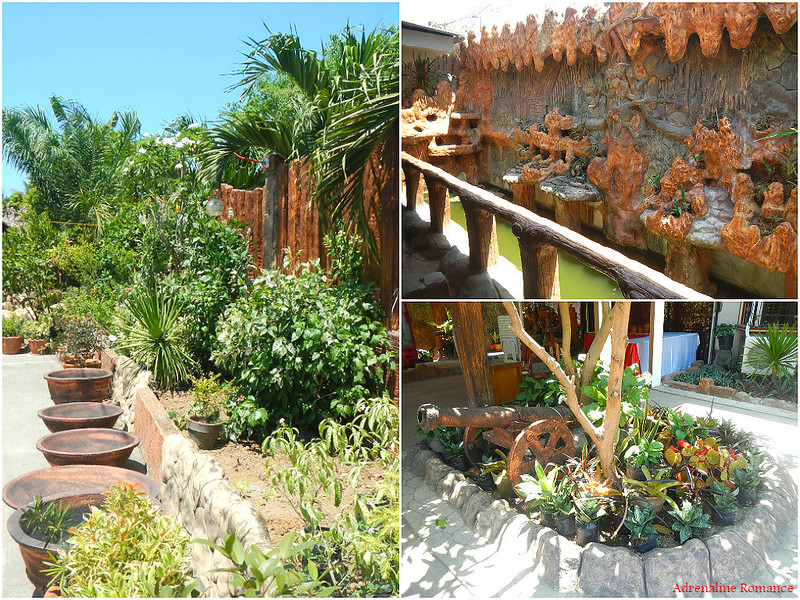 Ruel wanted the property to retain the feeling of a warm home. In fact, when we went inside, we felt we were invited inside someone’s house rather than a commercial restaurant. 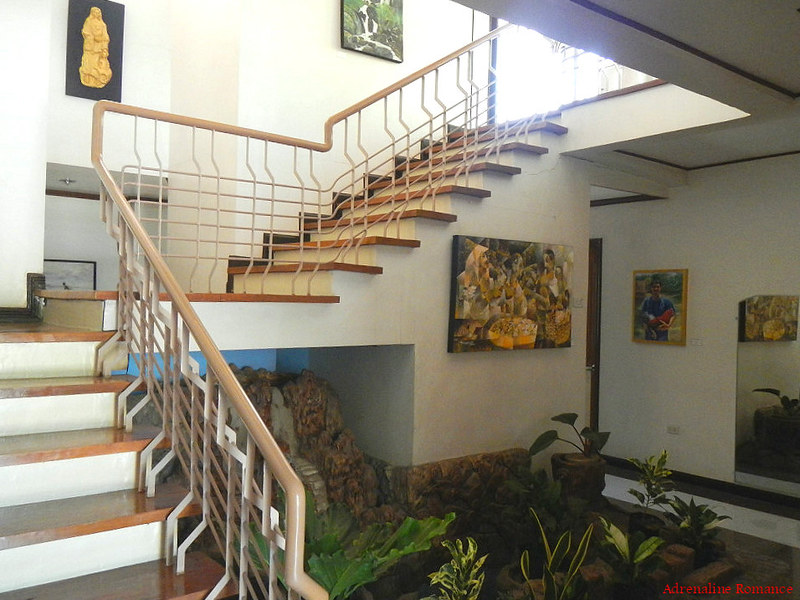 Make a wish! There’s a nice wishing pond surrounded by various leafy plants, their leaves poised to “catch” the energy of your wishes. 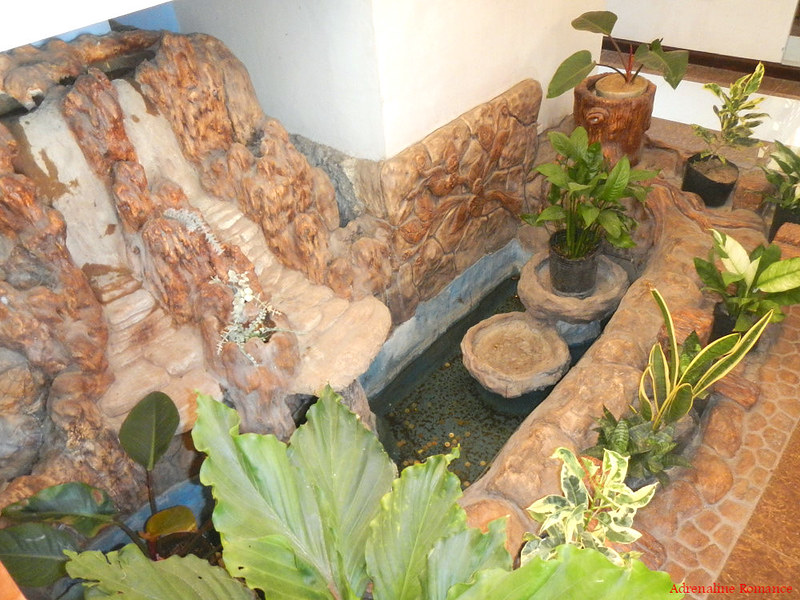 Look at that old television! We had that style of black-and-white TV when we were still children. You have to pull open a wooden cover to reveal the TV’s screen. The channel selector is limited to only a dozen channels, and there’s fine-tuning knob to sharpen the image. Oh, the old times! 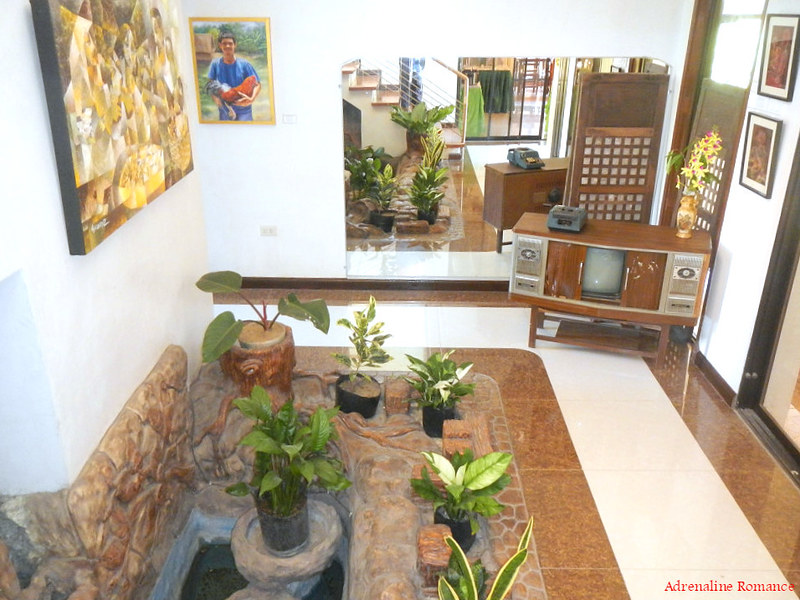 Before they served us lunch, Ate Ville and Ma’am Rucel invited us for a brunch at the restaurant’s patio on the second floor. The restaurant served us a large bowl of chunky binignit, one of the best we’ve ever tasted. Binignit is a traditional Filipino dessert stew made of taro, bananas, and sweet potato swimming in a thick soup made of coconut milk. 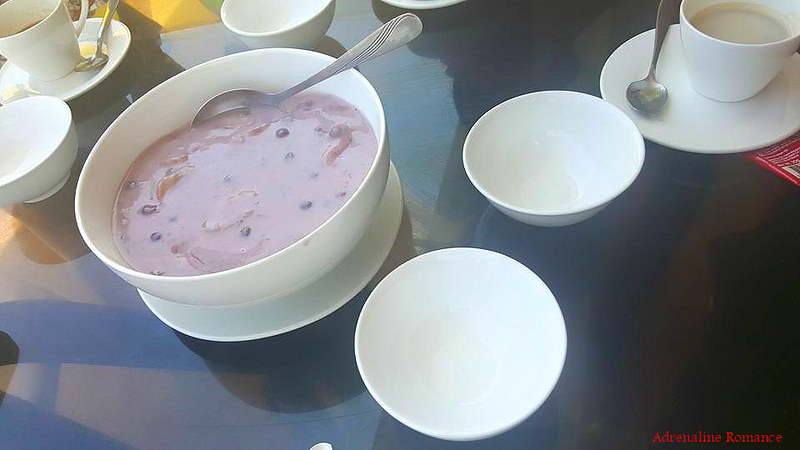 After talking about local and national politics for an hour, Sir Ruel announced that lunch is ready at the main dining area, originally the house’s first floor terrace before it was walled off. 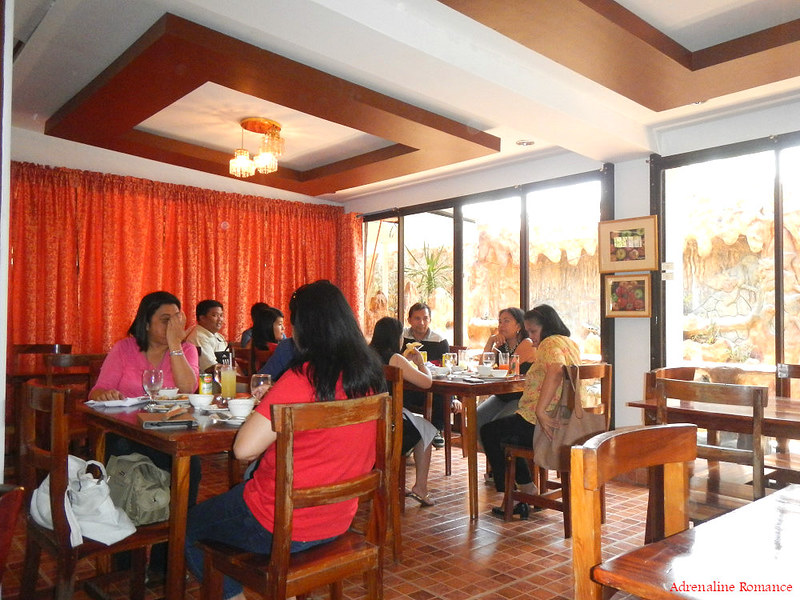 Similar to many all-you-can-eat food establishments in the country, serving style is buffet where guests go to a table to serve themselves with various dishes. 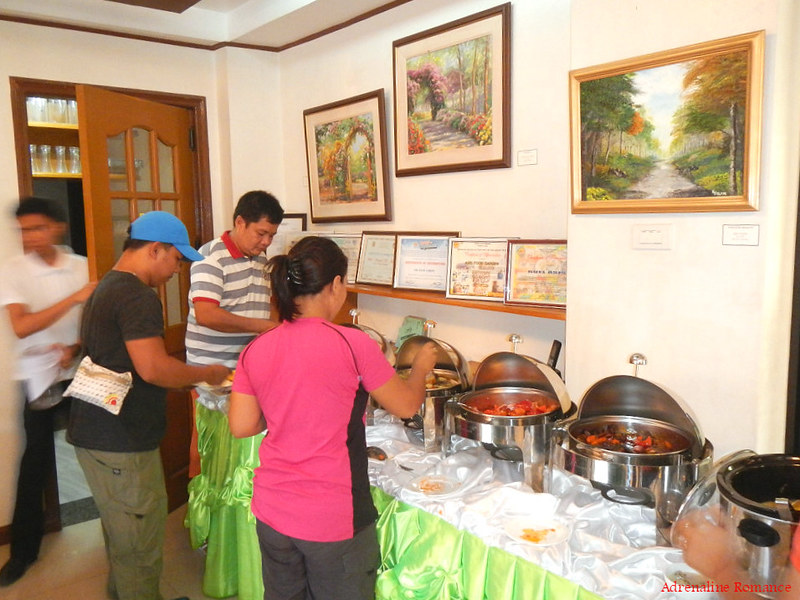 An eclectic mix of traditional Filipino and Spanish-style dishes are typically served. Now, here’s the fun part. According to Sir Ruel, the menu for the day depends on the seasonal and fresh ingredients that the restaurant acquired for the day. So unlike in other restaurants, there’s no exact, boring, standard daily menu. Every day is an exciting and creative culinary adventure for both the restaurant staff and the patrons.

Recently, they served authentic Capiz dishes. We would definitely love checking out the province’s specialties. 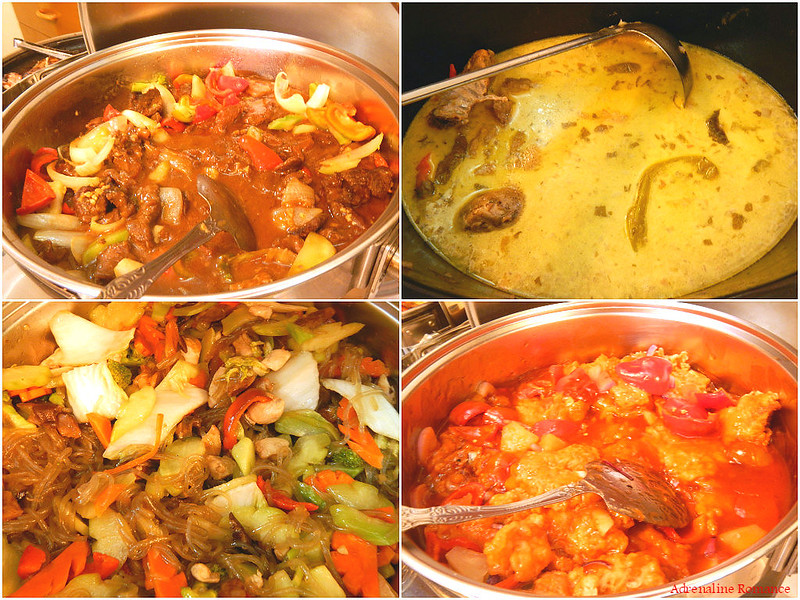 Pieces of soft, chunky, and juicy fish fillet and squid are sauteed right on the table.

That is Sir Ruel Asis, the proprietor and brain of this restaurant. He personally prepares grilled or sautes food items for his guests. He also engages in light conversation with the restaurant’s diners. Indeed, the patrons enjoy very personalized service. 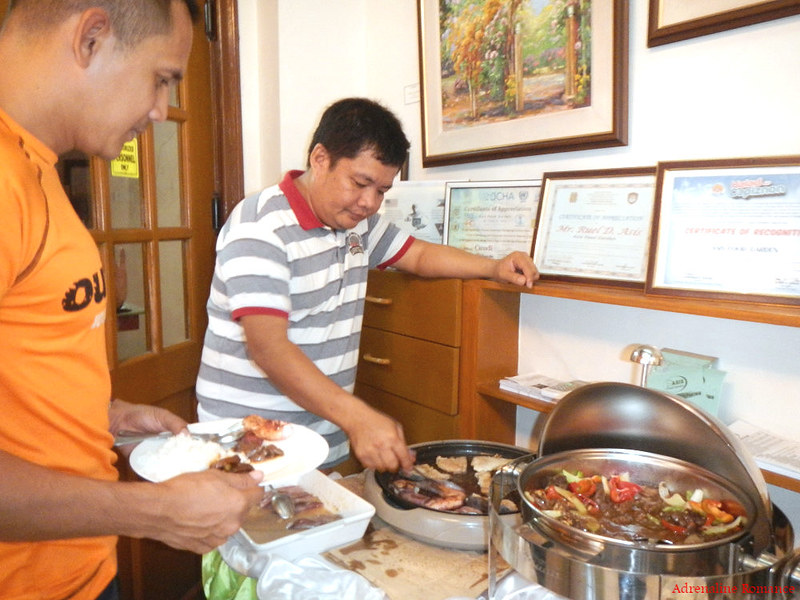 Due to the restaurant’s uniqueness, food quality, and advocacy, Asis Food Garden received a lot of recognition. 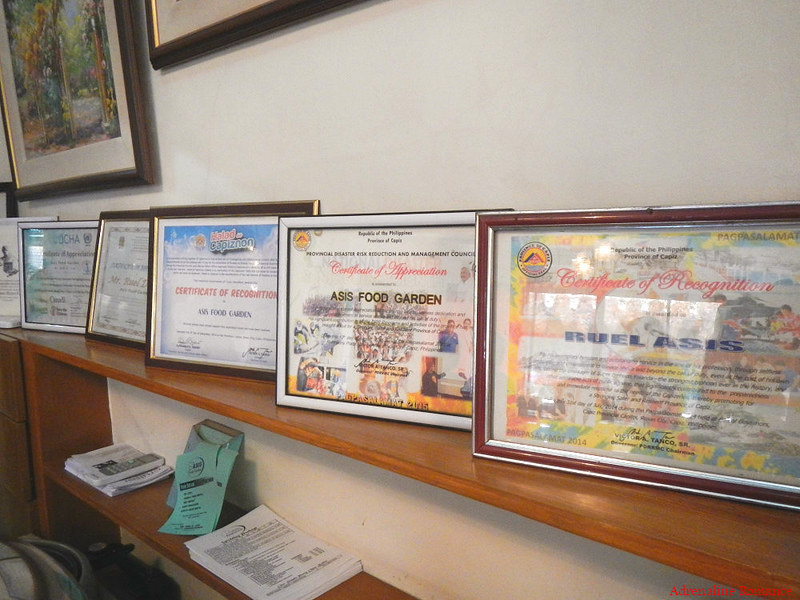 Asis Food Garden is not just a homey restaurant that serves sumptuous food prepared by a culinary artist. The entire establishment itself is an art gallery! Beautiful, exquisite, and mind-provoking paintings of all kinds are displayed all over the restaurant. 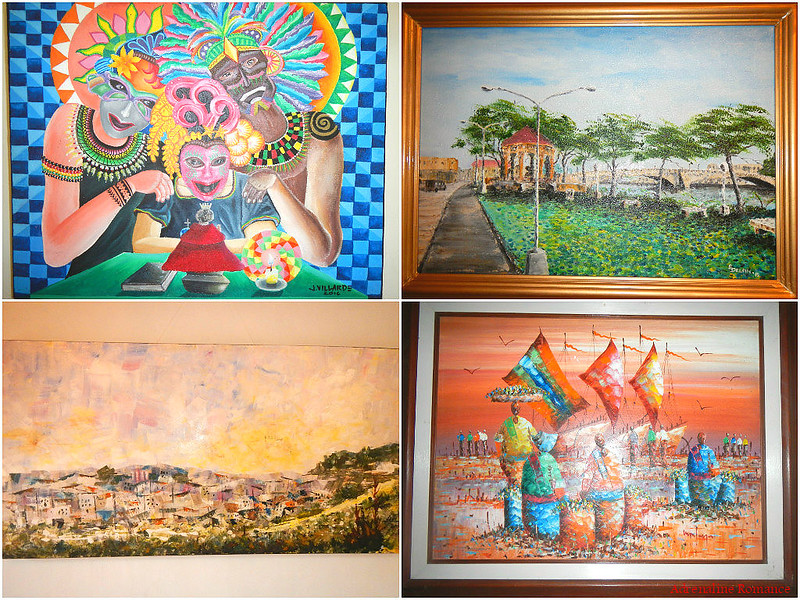 Most of the paintings here are owned by creative local Capiz artists under the Art Association of Capiz. And yes, they are for sale.

Sir Ruel opened his doors to artists because he is a lover of visual arts himself. He also offered the restaurant as an alternative gallery after artists complained about the lack of space in the local art gallery to display their masterpieces. 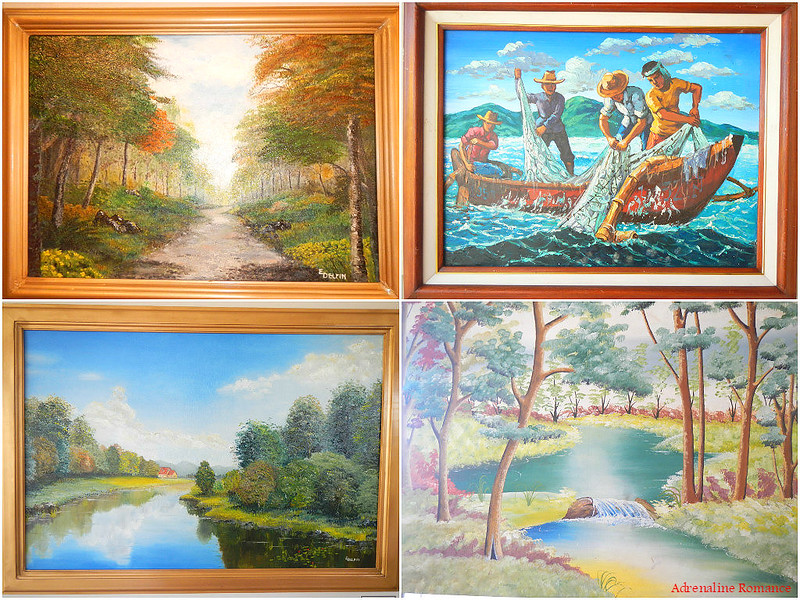 At the back of the restaurant is a shelf that displays teapots, lamps, statues, and various artifacts that are preserved and collected from the Asis family. 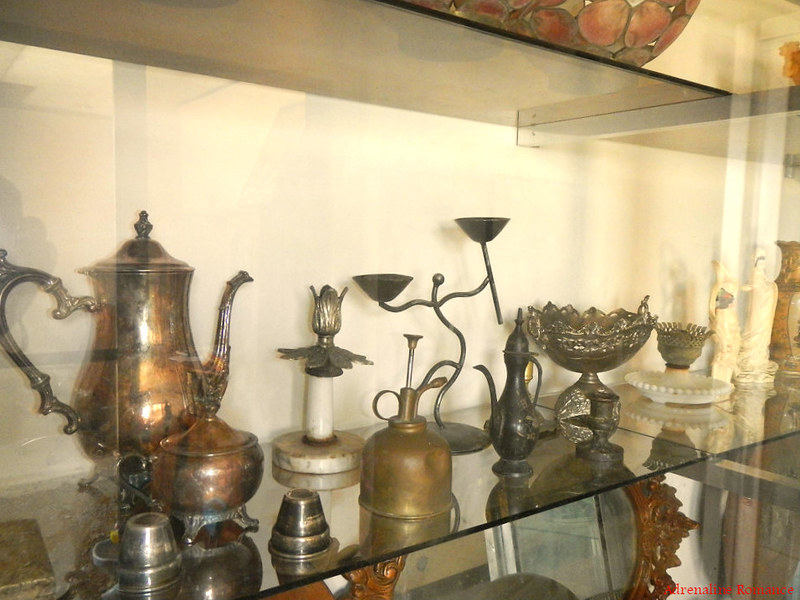 After a filling lunch, we were finally permitted to rest for awhile before our complimentary tour around Roxas City commences. We were fine with any kind of budget accommodation, but the Asis family was beyond hospitable. They let us stay in a hotel-standard room at the second floor of the restaurant. And by “hotel-standard,” we meant that we stayed in an air-conditioned room with clean beds and a private bath! How awesome is that!

Because Asis Food Garden does not advertise the business as a hotel, we believe the couple of rooms at the second floor are special guest rooms. 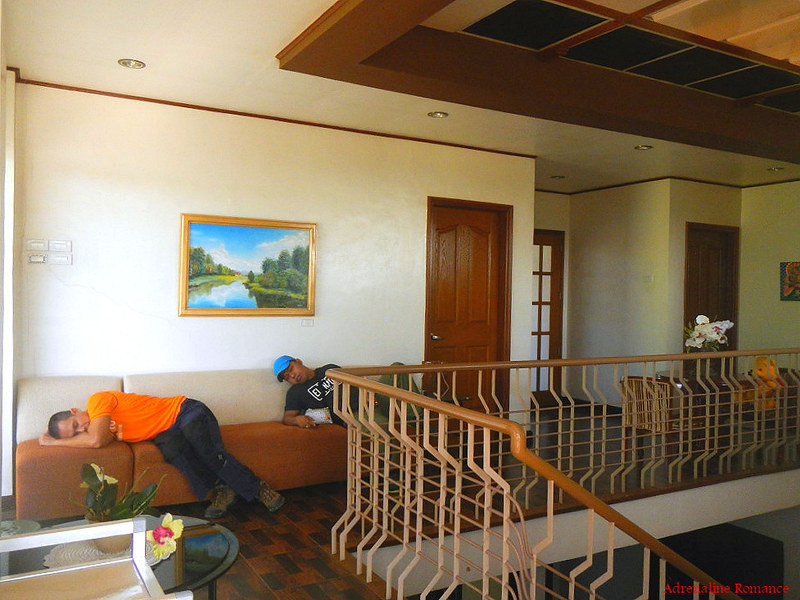 After taking a much-needed one-hour nap, we were ready for our tour. But before we did, the restaurant gave us a complimentary merienda—delicious and juicy baked angel wings. These are actually jackknife clams, but locals call them angel wings because they look like such when the bivalves are fully open. 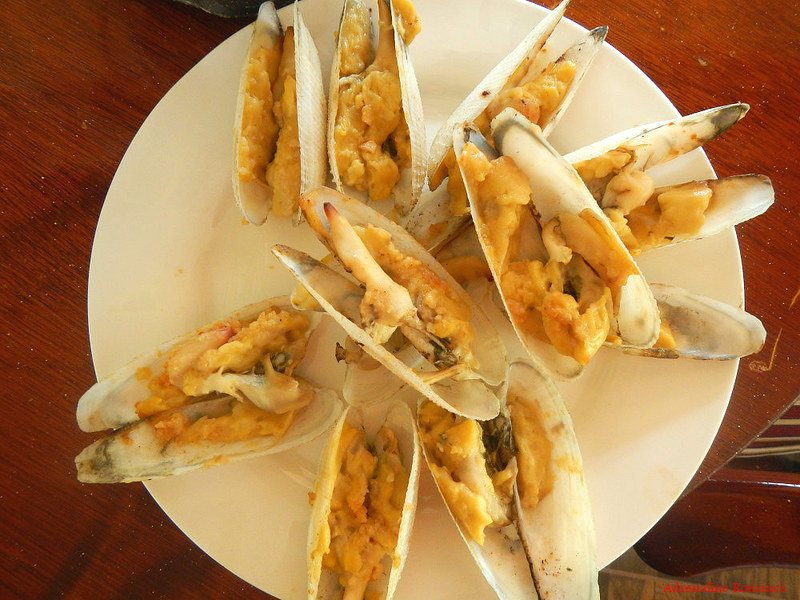 Thank you very much for this experience Ate Ville, Ma’am Rucel, and Sir Ruel. You guys are some of the kindest and most amazing people we’ve ever known. We will never forget you, and we vow to pass your goodness forward. 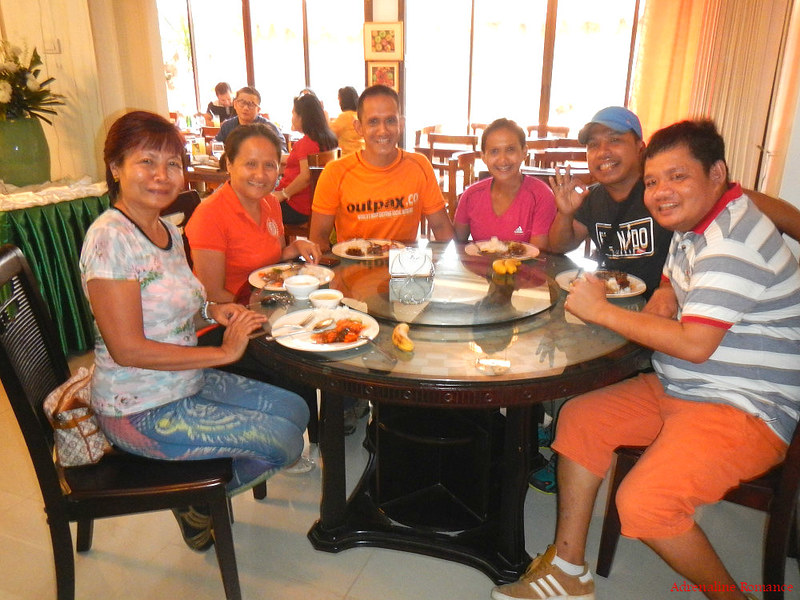 We highly recommend visiting Asis Food Garden if you want a culinary and visual feast. The food is perfectly done, and you feel like eating in a warm and welcoming home rather than in a businesslike restaurant. If artwork is your niche, then the paintings and portraits that they proudly display will surely bring out that passion in you.

For reservations and more information, get in touch with Asis Food Garden by using the following details.

11 comments on “Asis Food Garden: A Homey Restaurant and An Art Gallery in Roxas City”